We are excited to welcome
Rev. Dr. Bill Fritz who will be leading the services at St. Andrew’s-Chalmers during Rev. Sean’s intermission.

*Bill is of Roman Catholic heritage.

*As a United Church Minister, has served churches in Canada and the U.S. over a span of 61 years.

*Bill has been R.C.A.F. Chaplain, Industrial Chaplain and is currently working as Chaplain with ex-military men suffering P.T.S.D. He also works with several communities serving the needs of persons with disabilities.

*Bill has been Chair of Simcoe Presbytery, President of Toronto Conference and Commissioner for 8 years on the  Roman Catholic/United Church Dialogue.

*Bill is married to Joan.  They live in Uxbridge. They have 6 children and 12 grandchildren ( but the dog and cat have died which allows Bill and Joan to serve several area churches).

St. Andrew’s – Chalmers would like to send a BIG Thank you to Kathy Normandeau of Piano Tune Canada, for generously tuning our grand piano, in the sanctuary, free of charge, recently. It is greatly appreciated! 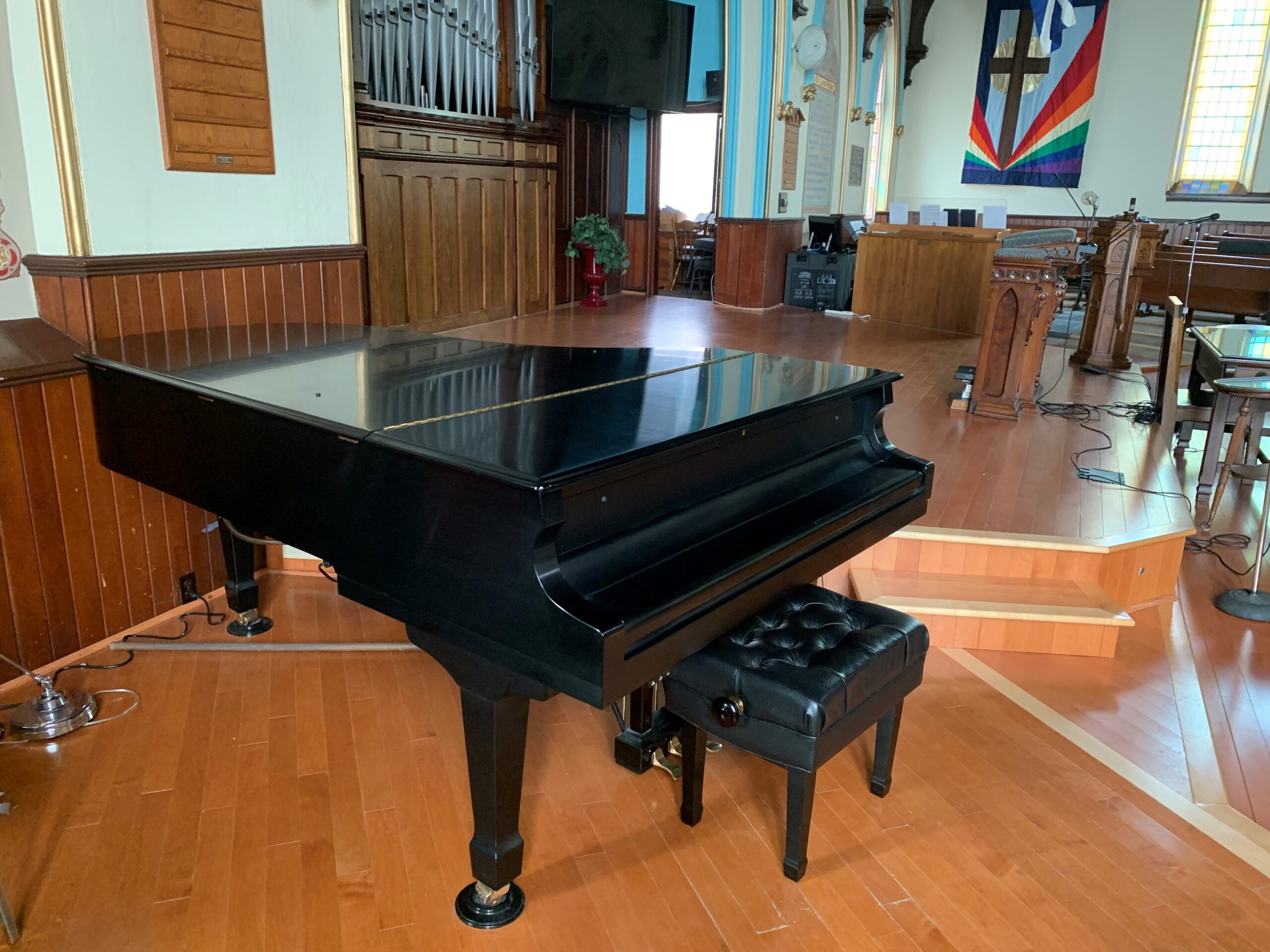 Thanks to our Wonderful Team who helped make our second Community Soup Lunch a success this past Wednesday, May 4th which was  hosted by our congregation.  A special thanks to all the hard-working volunteers!